I'm Jon the Marketer.  I'm a number on a spreadsheet.  I'm a demographic to be spoken to.

The everyman is an everyman, not a someone.  Right?

And the everyman relates to the everyman, because we have something in common, we're all numbers on the same spreadsheet, right?  Skew the math properly and we're really all the same, right?

To quote John McCain (see video below), "You're all Joe the Plumber".  Ouch.

But are we any better?  Are we as ad men/women, communicators, PR people, really any better?  Are we speaking to/with people or numbers?  Are we connecting or are we yelling?  What are we doing to transform not just our own agencies and teams, but the industry at large?

What is OUR plan for change?
photo credit here

censorship - is it always evil? 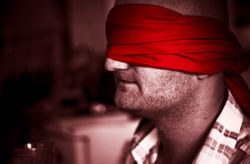 I don't mind that my children cannot view pornography in a library.

I wouldn't mind the US Government shutting down a terrorist website - via proper legal channels.

I would however, be deeply disturbed to learn that my government or ISP was filtering my access to information.

I'm all for staying safe, but doesn't even an the most excessive of measures - censorship, demand transparency?

Don't all democratic citizens have a right to know when their natural Gd-given rights are being tampered with?

Sure, the Australian Government has told their citizenry about their plans for censorship.  But they have not told their citizens quite how or why (though some suggest this will be a filter against porn - particularly child pornography - and gambling, I'd be interested to see how effective and accurate this solution would be).  We need to keep our children safe, we need to keep child pornography out of our homes, protect children and prosecute the monsters creating this content - but this is not the solution.  This is not a screen, or a transparent safety mechanism.  It's a dumb wall, blocking mass amounts of information, killing industry and crippling the internet infrastructure in Australia.

I don't live in Australia, but I think this is something we need to discuss across all democratic nations around the world.

Knowing that you don't know what you're missing, that may be the scariest fear of all.

For some real Australian sentiment check out Gavin's post, and Get Shouty's future husband Angry Aussie's thoughts in the video below (not safe for work).

The internets are all abuzz. And for a good reason. We've done something productive, collavorative, insightful and charitable.  And you too can jon in the fun Wednesday, October 28th at 8am.  How?

For the full story on AOC2, you can check out the site at The Age Of Conversation.

Below are a list of the contributing authors.  Some of these faces may be new to you, some may be old friends.  Click around, discover, share, join our movement on Facebook, Twitter, the authot Podcast or just check out our bios.  I cannot say I've met everyone listed below, but I can tell you that we all have one thing in common - something to say.  So check 'em out, click around, and GO BUY THAT BOOK!

But the rise of Twitter doesn't negate the value of blogging.

Nor does the rise of the professional blog, the magazine-like blog, or the near-live reporting blog (all of which generally dominate the Technorati rankings) decry the end of blogging.

Because blogging is not about the raw numbers, but about the value of the connectivity, the democratization of content, the forum, the voice of the little guy and in my case, the value of having a homepage all my own.  This is my forum for sharing my perspectives.  That is not something I can do on Twitter.   Twitter regularly inspires my blogging while all too often distracting me from blogging as well.  One is not mutually exclusive from the other.

Ask yourself, why am I blogging?  What am I seeking to gain?  Do I want to become the next Michael Arrington?  I'll tell you why I blog -

Blogging isn't dead and Twitter is a tool.  These are two pieces of the same pie - communications.  Whether we're on Twitter, Plurk, FriendFeed or some other platform is irrelevant - so long as we have a means of hosting our own thoughts and communicating with others, it's all rock and roll to me.

Kudos to Lauren Feldman for posting the video below (after the jump) of his speech at Blog 08.
Heads Up: Language may be somewhat NSFW (not safe for work) so put on some headphones and enjoy!

When you were young you could do anything.  Tomorrow held limitless potential.  Your mind was the world's best playground and a cardboard box the worlds best toy.  The world was yours for the taking.

Take my niece Channa for example.  Because as anyone who knows Channa will tell you, everyday she grows younger.

Every year she learned more about the world around her, she learned new things and fresh lessons.  But she never stopped viewing the world through the uniquely off-center lens that is her perception, her world view.

Time does not make you old, laziness does.

Laziness makes you believe that the world is what it is.  That change comes from chasing the low hanging fruit and that time will heal all.  That tried and true has always worked, and will always work.

Youth is not an age, it is a frame of mind.  My grandmother regularly challenges herself, visiting her grandchildren in college overseas, pushing herself to walk farther, do more, have new experiences, to live better.

Youth is not an age, it's a decision to think differently, to bring a fresh perspective to everything you see, to live young.  Young people learn new things everyday.  Young people are open to new experiences and ideas.  Young people view life as an experience, as a journey, as a canvas to be painted, not as an extension of yesterday.

To ignore the facts on the ground is to run blind, but to see inspiration in everything around you, to live fresh, to live new, to live now is to live young.  And to pursue this life, is to grow younger everyday.

Now think about "New Media", about social communications, PR and the this rapidly changing landscape.

how much do you really care?

Everyone cares about something.

But do you care enough to...

Which of the above is the most influential?  Why would you do one and not the other?

How much do you care?

Say you're a vegetarian for animal right's reasons - would you pay a farmer the amount they would would get on the beef market in order to keep their livestock living?

Say you're against offshore drilling - would you lease or purchase the rights to drill so that others couldn't drill and potentially harm the environment?

Say you're pro-Obama - would you travel to a swing state to drive voters to voting centers?

But why don't we fulfill when these causes begin to demand something in return?

Case Study - EFRAT
EFRAT is an Israeli pro-life group.  Rather than telling women what to do with their bodies, they support those who make the choice to carry their fetuses to term, providing medical, financial, and emotional support start to finish, from early pregnancy through post-delivery adoption and support.  They don't yell or protest, they support in whatever manner they can.  This strikes me as real, as authentic.  Whether or not you agree with their cause, they stand for something AND they stand behind it.  I can see why this organization will be successful.  Not only do they want it, but they really mean it.

wsj on twitter - swing and a... groundball up the line

This morning The Wall Street Journal ran a piece on Twitter.

Kudos to Alan Wolk (aka tangerine toad) for sharing this piece; where else, on Twitter!

And while it is great to see the business/mainstream press catching up to, and covering Twitter, I have a real fear regarding their explanation of this tool/ecosystem.

When it comes to new digital dynamics, the press often tends to miss the point,  oversimplifying tools that deliver new or fresh digital dynamics.  For example, Second Life - the mainstream press missed the point, didn't understand that it was a virtual extension of a real life ecosystem, containing it's own experience dynamic, and therefor over-hyped and misrepresented the powerful dynamic that is the virtual world environment.  And now people roll their eyes at any mention of Second Life... all because of the misunderstanding that fueled the hype in the first place.

So How Would You Grade The WSJ?

Firstly, kudos to the team over at WSJ for covering Twitter.  Any movement forward is good movement, if a bit off the mark.

The WSJ article starts out simple enough, explaining the absolute basics of Twitter (what are you doing now?), but fails to make Twitter understandable or relatable to the uninitiated.  While there are many well written posts, not to mention well produced videos and podcasts on this subject, the article ignores all of them, instead focusing on instant shake and bake use cases and tactics - pointing to both success and failure.

What Did The WSJ Miss?
Sure, an introductory article is essential to raising awareness around a growing platform.  And as a hardcore fan of this platform, I would expect a deeper explanation, one that would could prove difficult to the uninitiated.

Nevertheless, The WSJ missed the social aspect of Twitter - the fundamental tenet that makes it work.  Had The WSJ truly been "covering" Twitter, they would have explained the "personally defined chatroom" environment, the cross platform ecosystem, the way the community interacts with one another.  This is a rich environment.  I didn't get that from this peice.

What COULD The WSJ Have Done Better?

Nevertheless, it's great to see some real press coverage of this incredible community.

That being said, I'm looking forward to the urgent calls from friends, co-workers or clients asking how they can "buy" twitter for a campaign.  Because while there aren't any ads on Twitter, this is a dynamic I understand, and therefor a service I can sell.  What a way to start the week! 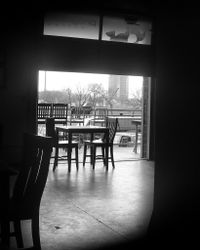